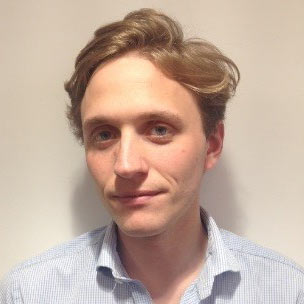 I have successfully prepared students for entrance to Harrow, Radley, Eton, Westminster and Oxford.

I was fortunate enough to achieve a top academic scholarship to Harrow. During my time there I was named Deno Leventis Scholar, and represented the school on numerous occasions - at one point giving a speech to a pack Royal Albert Hall at an event celebrating Winston Churchill! Thanks to winning prizes for academic, drama, public speaking and debate, I was appointed Head of School. ​

Whilst at Oxford, I took full advantage of the creative opportunities available there and was published for my creative writing in on university newspaper. I also founded a dramatic society in Oxford in 2011 which is still going strong.

I began tutoring in 2011 to support myself while studying Classics at Oxford. In that time, I have tutored boys and girls of different ages across the subjects listed above. I have recently made the decision to tutor full time and look forward to being able to dedicate all my energy to it. I have helped students achieve top grades at Common Entrance in Latin, Greek, English and History, and have helped students get A* grades in these subjects up to A-Level. I have, at times, taken on a more general mentoring role, helping students with confidence-building and interview preparation, allowing them to navigate the stressful process of school and university admissions successfully.

My approach to tutoring:

My approach to tuition is largely led by the particular needs and idiosyncrasies of the pupil. Establishment of a good rapport is key to building an atmosphere of mutual trust and respect. More often than not I aim to instil a desire to work and a respect for the subject by setting a good example as someone who has worked hard at school and university, as well as helping with the specifics of a subject or exam

Organisation and having good notes is always very important, especially with arts subjects. Ensuring a pupil has a good system for compiling and storing knowledge, which will be invaluable in the run up to exams is key. Once this has been established, I approach the subject thematically, going through the key essay questions and syllabus subsections in as regular a fashion as possible.

With Latin and Greek, teaching vocabulary and grammar (the most important things at school level) is best served by regular, challenging unseen translations done orally during the lesson or written as homework. This exposes gaps in knowledge which can be noted in a regularly updated vocab / grammar book and routinely tested to ensure a rigorous improvement process.

I grew up in Brighton & Hove, and attended St. Christopher’s prep school in Hove, becoming Head Boy in my final year. I was a keen member of the cricket and rugby teams, and spent most of my weekends playing those sports. I started Harrow in 2004, where I quickly found myself absorbed by the arts. I taught myself to play guitar and piano, I performed in main roles in many school and house plays, and took part in many declamation and creative writing competitions. As Head of School in my last year (2009), I would regularly discuss the running of the school with the Head and Deputy Head Masters. The role also allowed me the chance to represent the school at public events and as a public speaker. In 2009 I began studying Classics at Oxford University, which had been my goal since prep school. I had an amazing four years there and took full advantage of the sport, drama and fun that the university has to offer. I subsequently began working as an Executive Search Consultant within the Hedge Fund industry, while keeping up my work as a tutor in weekends and evenings, from 2013 to 2016, at which time I decided to take up tutoring full time.

Hobbies and interests outside of tutoring:

I am a keen actor, and perform in amateur productions around London when time and work commitments allow. This year alone I have played a Bulgarian cavalry officer, a Russian Postmaster, Richard II, and a top QC Barrister. I try to get to the theatre as often as possible.

I love sport, particularly cricket and rugby. I do not play the latter at all any more, but I love to play cricket when possible, and will almost certainly be glued to the radio when a test match is on.

I play guitar and have a great love of music, particularly British and American 20th century folk music. My taste extends to rock and roll and some modern stuff as well. Classical music, also, is something I am very fond of.

Art and Literature are very important to me. I read as much as I can and try to get to new exhibitions whenever they open.