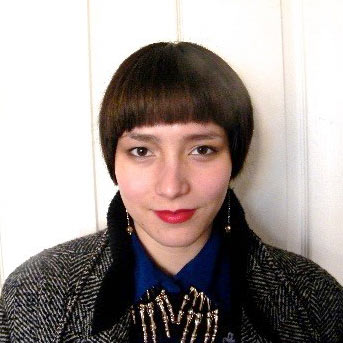 I have had 3 years of experience in Oxbridge interview preparation for a range of subjects within the Arts and Humanities. This has included both holding mock interviews with students and providing feedback, but also working one-to-one with students to practice and refine the portfolio presentation, which is the most important aspect of an Art or Architecture interview. I have also worked on a one-to-one capacity throughout the university application procedure, from advising on appropriate undergraduate courses to meet the student’s interests and abilities, and helping to draft and advise on the personal statement content to portfolio compilation and interview preparation.

I have worked through  three Oxbridge interview seasons, preparing a range of students in different subjects, but mostly within the Humanities and Arts. This includes Architecture, English, History, History of Art, and Music. After graduating from Cambridge in 2013, I spent 3 years working in a range of practices, including Eric Parry Architects and David Kohn Architects, both award-winning and established practices in London.

My approach to tutoring:

Applying to Architecture can be a daunting process as most incoming students have had minimal exposure to the subject and profession. I really believe in helping students to outline and define what their specific interests in Architecture might be, thus allowing me to help advise more accurately on which specific undergraduate courses might be the most suitable due to the varying styles and approaches to the discipline which they all espouse. By honing in and developing on the student’s existing interests and skills we can make a more genuine and individual application, whilst also outlining any general areas of knowledge that do need to be covered as part of the selection requirements. This approach is carried through into interview preparation which should also focus on existing bodies of knowledge and interests that the student already has, which can be brought into the conversation as the student learns to control and dictate the direction of the interview.

After finishing my A-Levels at Dame Alice Owen’s School in 2009 with 3 A-Levels in Maths, Chemistry and Art (all at the top A grade), I undertook at Foundation in Art and Architecture at Central Saint Martins, London, where I received a distinction. Whilst at Cambridge studying Architecture I also swam competitively at Blues Level, where in my final year I was also Female Captain of the team.  I will be starting my Masters in Architecture at University College Dublin in September 2016.

Hobbies and interests outside of tutoring:

I have always actively maintained my interest in sports throughout my studies, with my main sport being swimming, although since I have also taken part in the annual Architect’s Benevolence Society’s Run, where this year I finished as the first female.

View Cart
We use cookies to ensure that we give you the best experience on our website. If you continue to use this site we will assume that you are happy with it.AcceptPrivacy policy